Like other residences designed by the office, the particularities of this site have driven the solution for this Spanish-Mission style house in Clovelly.

Situated in a beautiful location between Gordon’s Bay and Clovelly Beach, our clients realised the limitations of their original building, which didn’t maximise the opportunities of the site. The client sought to establish connection, through the purchase of substratum land under public lands, between garages at street level and an existing home. Originally conceived as essentially an engineering project, the client soon realised both the potential and the architectural possibilities presented by this project.

A large car-parking area is connected via a tunnel under public services and land to the existing house. A pool, sauna and plant rooms are wrapped under the house. A new entrance and terraces mediate between the new areas and facilities and the existing house, helping not only to enhance the connection between the house and spectacular site, but also to project it from the sometimes hostile conditions and exposure to the public spaces adjoining the property.

The existing house was reinvigorated and finished restoring its original Spanish-Mission style house. This involved the replacement of the existing kitchen, bathrooms, living, family and bedrooms complement the new works. 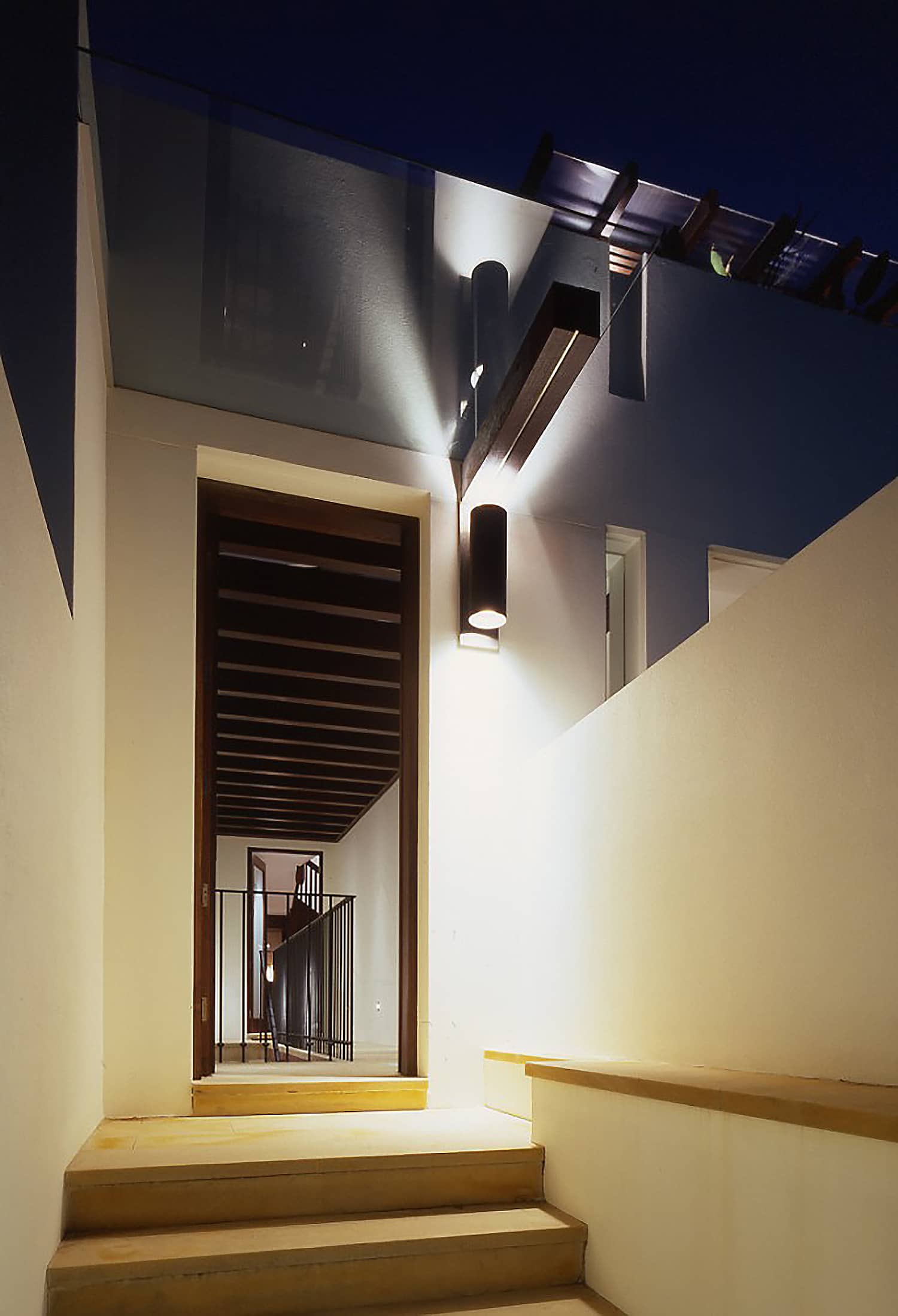