The ‘Griffin Really Intimate Theatre’ pop-up brought the relationship between actor and audience even closer. This mini-theatre set up in bustling East Circular Quay had room for one actor and one spectator only. Over the course of a day, 75 one-on-one performances were delivered, giving a new audience an intense shot of live theatre.

The design and construction of the ‘Griffin Really Intimate Theatre’ was undertaken in a busy two weeks in April May 2015. Its first use took place in Circular Quay on Saturday 9th May with the hope it will travel more widely throughout the year.

The concept is a the brainchild of RE: Sydney and the Artistic Director of the Griffin, Lee Lewis who intends to give people a very close encounter with Australian Theatre. The ‘Intimate Theatre’ aimed to provide the actor and audience with a ‘one on one’ experience. In a very small small space, the actor engages personally with the solitary audience and creates an extraordinary artistic experience. Combined with the experience of being in Circular Quay, one of Australia’s most iconic and busiest of public spaces, only heightened this.

This little building was designed to travel, to be set up for a day at a time and unpacked at the end of the day. The set builder and sculptor Damien King was responsible for much of the physical reality of turning this concept into something tangible.

Watch the video about the project here! 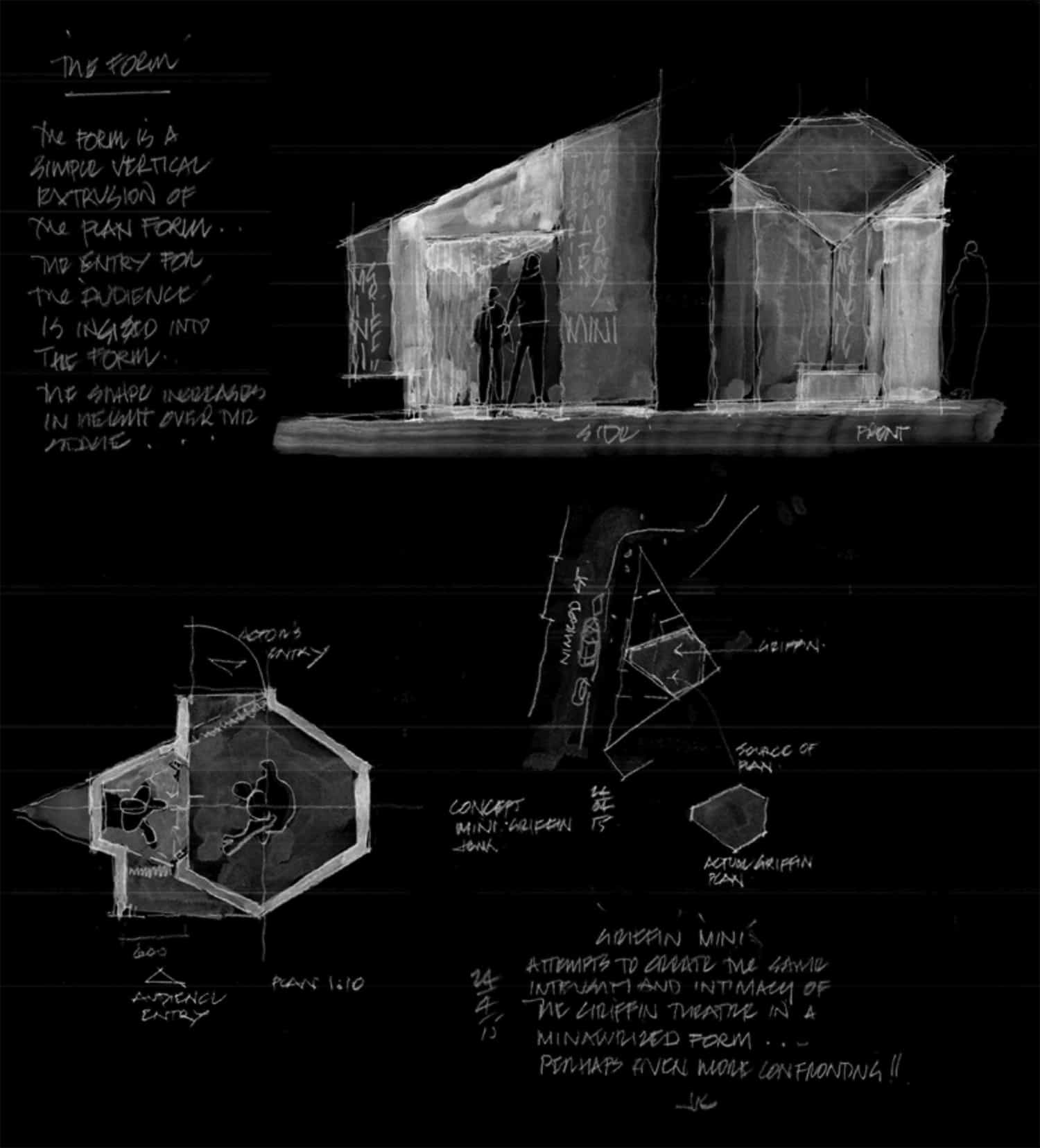 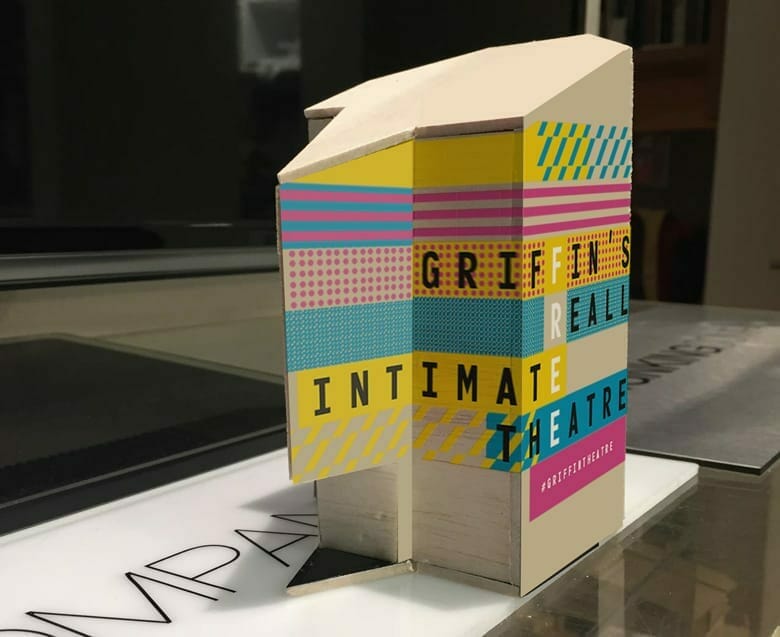 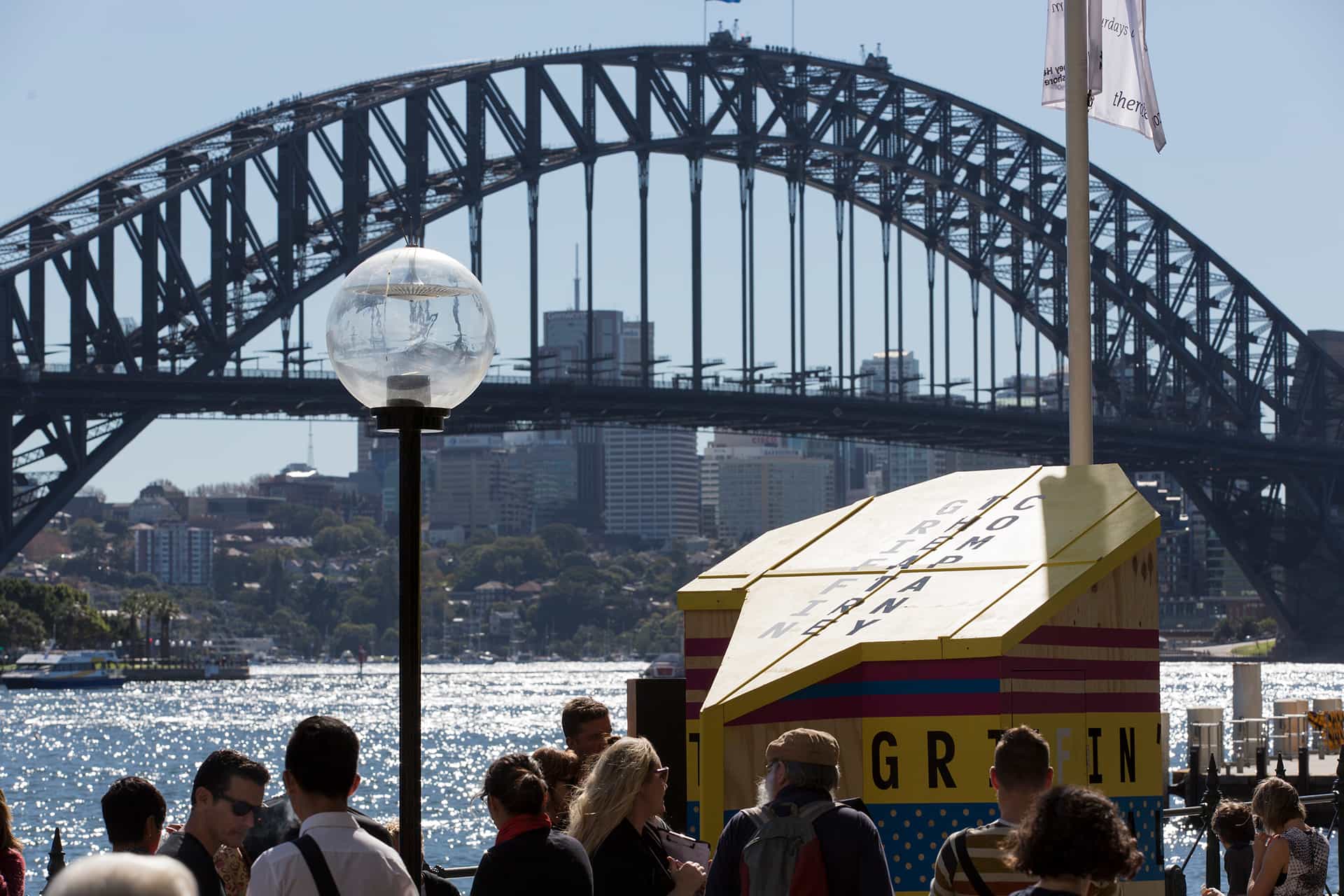 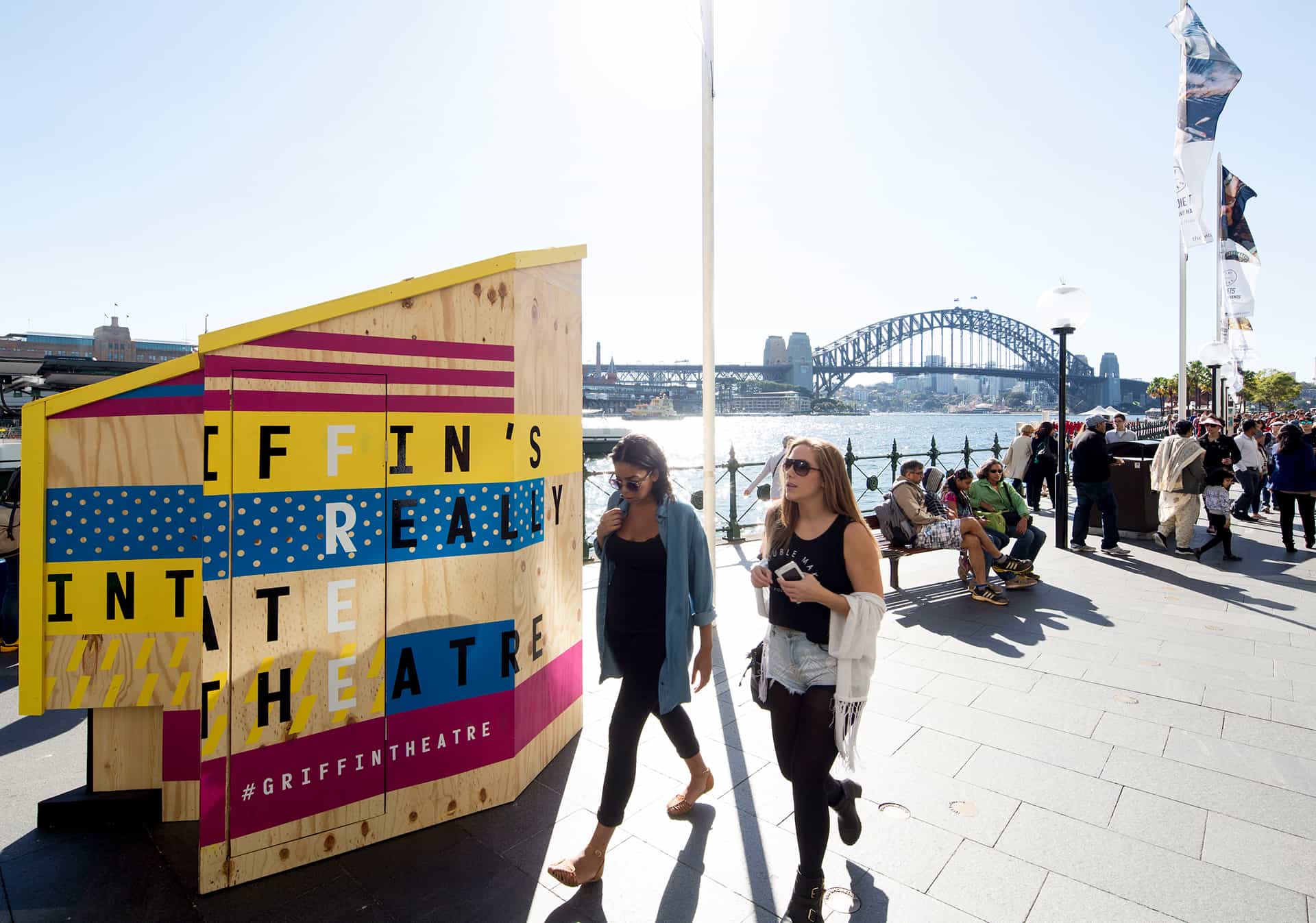 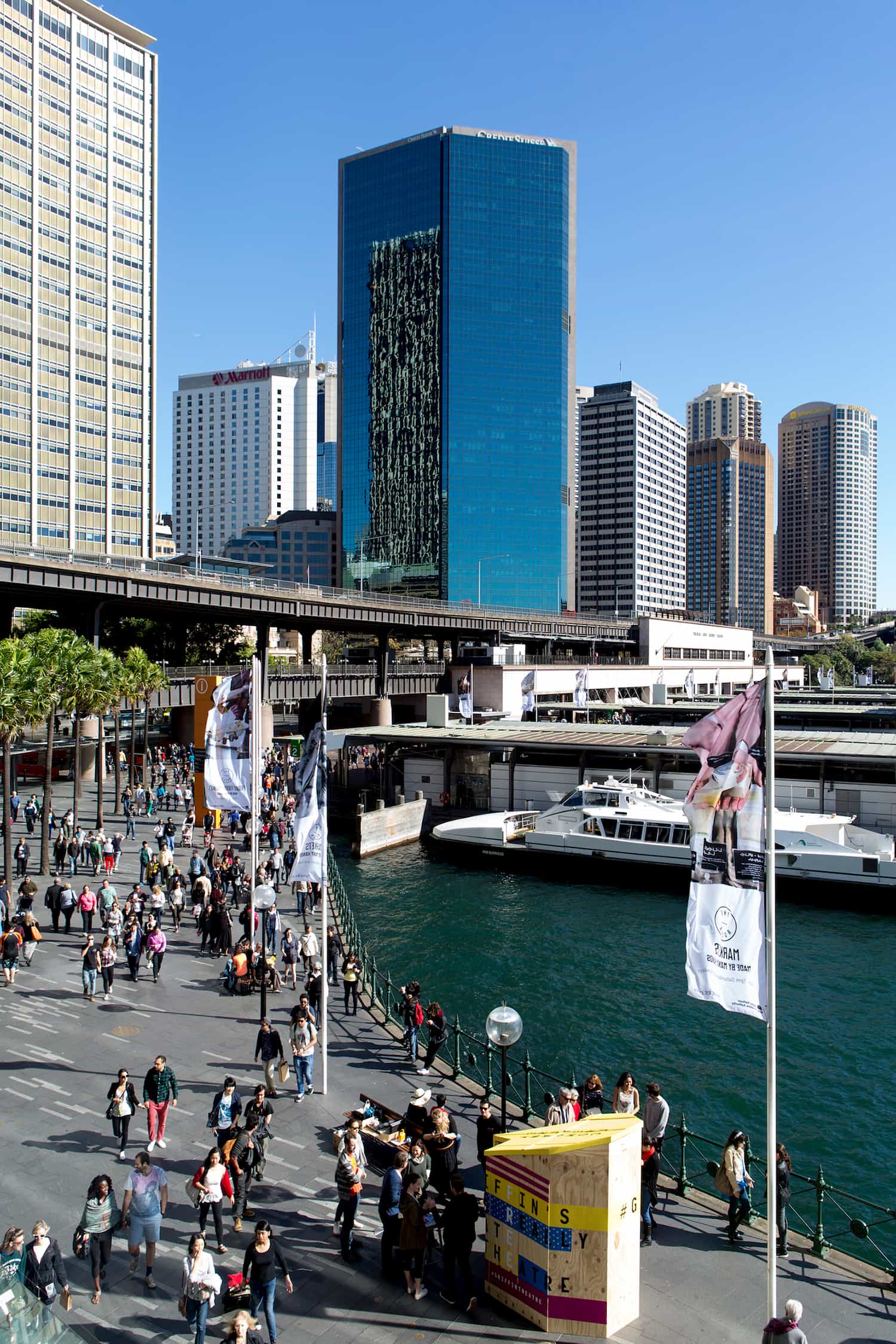 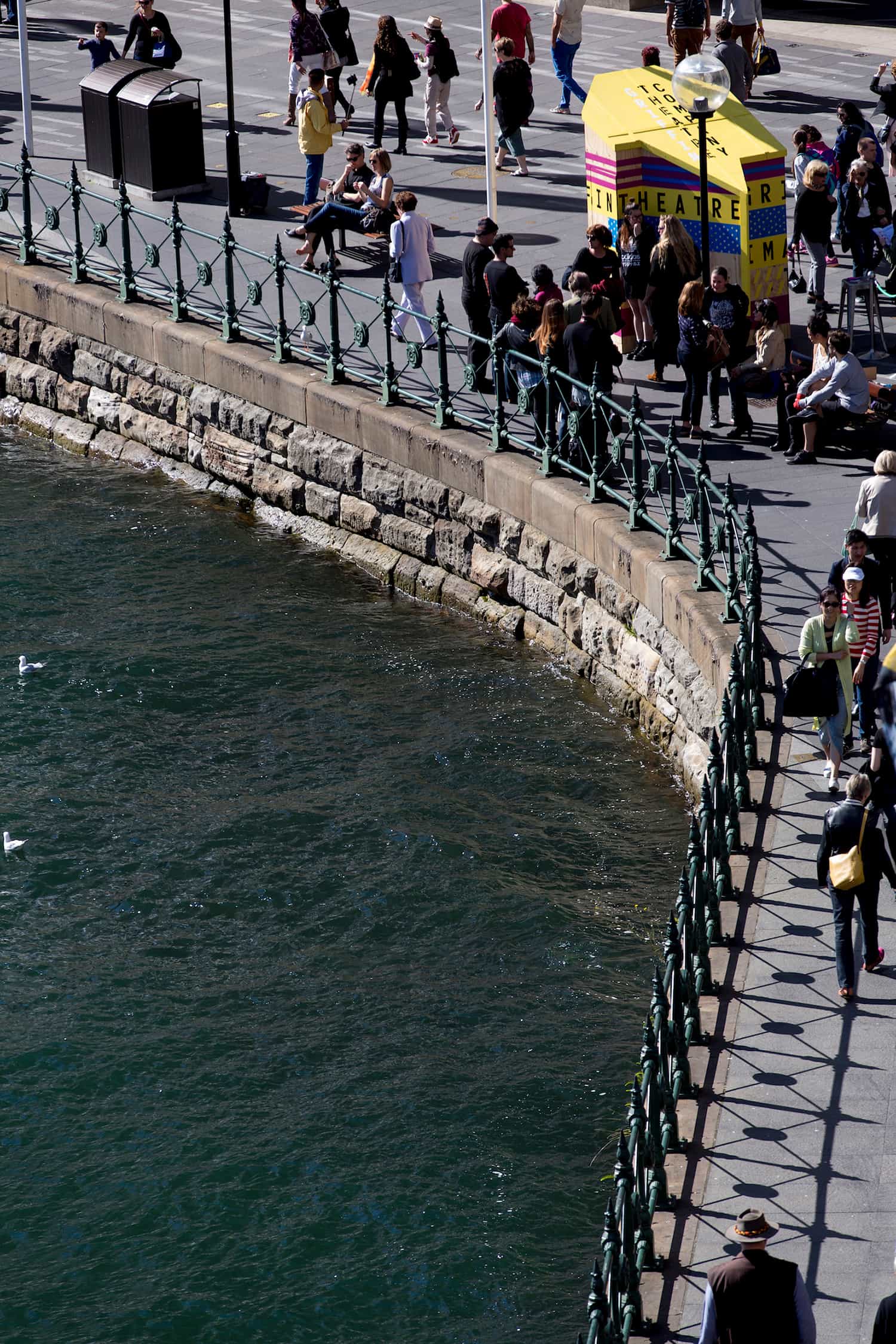