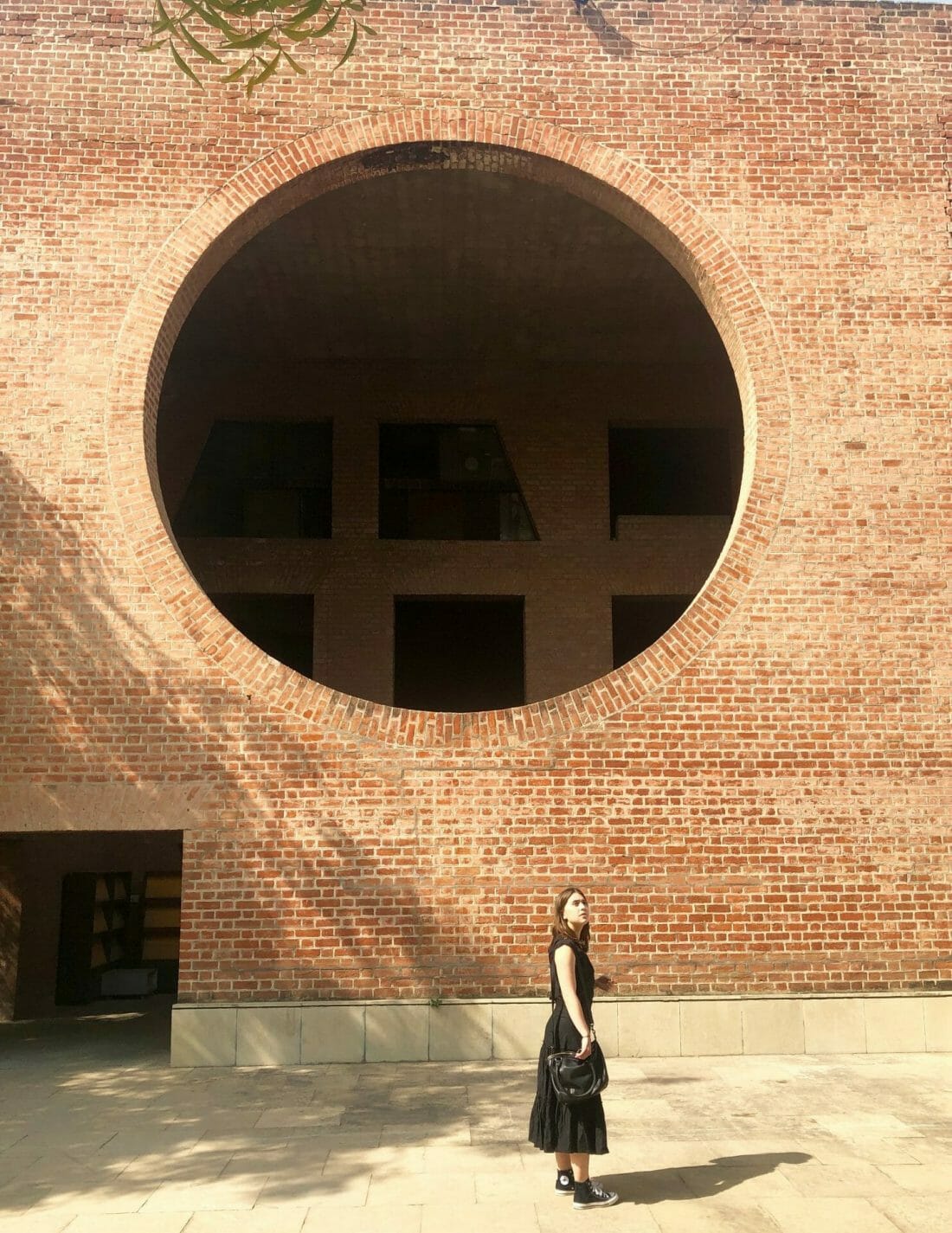 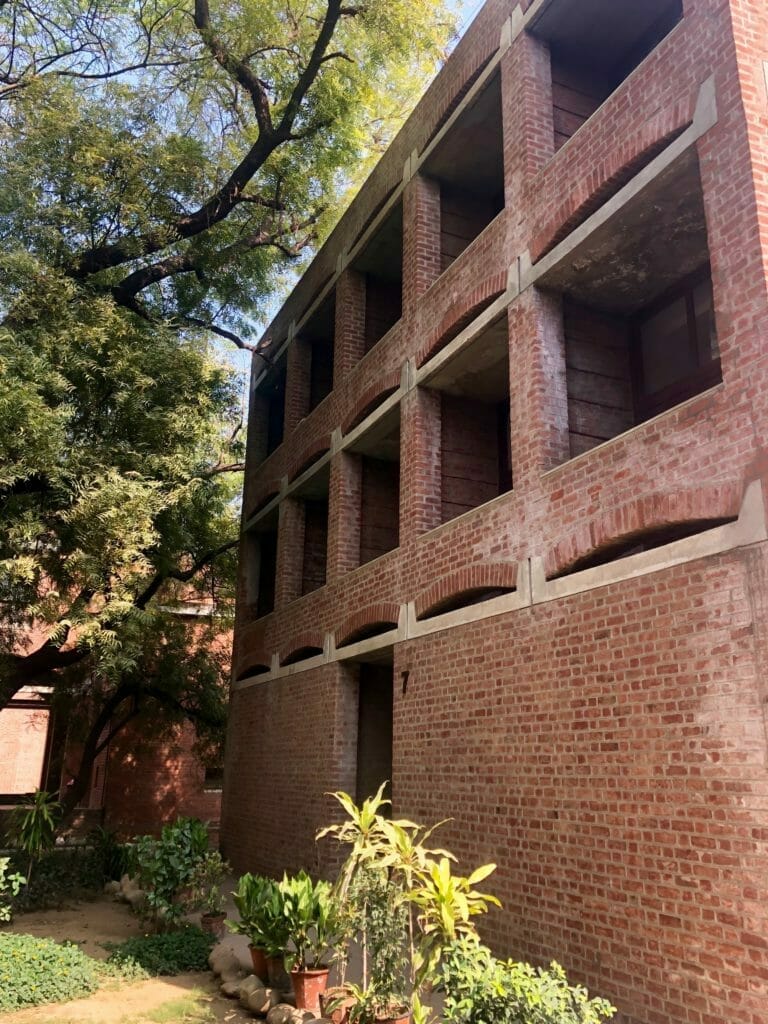 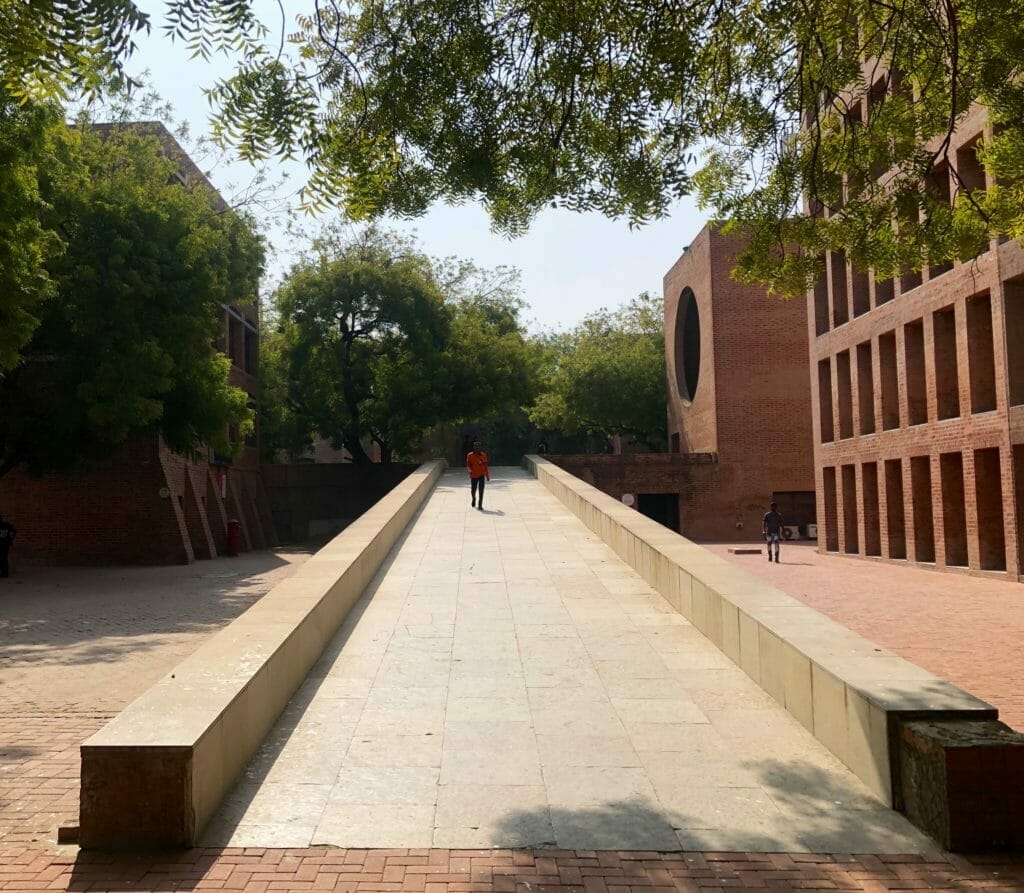 This January we made the arduous journey from Jaipur to Ahmedabad in Gudjurat State in search of some important Architectural sites of pilgrimage. Traveling by car across the poorly maintained highway in Rajasthan you can be forgiven for wondering is it going to be worth it. However once in the state of Gujarat the roads and services improve making the journey more tolerable. The city of Ahmedabad is busy noisy and confident with a long history dating back to its establishment in 1411 by Sultan Ahmed Shah.

It is not a tourist destination as such and be warned the architectural sites are well protected and access can be difficult. Seek permission well before you leave and carry your passports to ensure  access. In the case of IIM the ambitious business leaders of Ahmedabad sort to create and internationally recognised business education facility. In the early 1970’s  iconic American Architect Louis Kahn was invited to carry out the IIM project on the advice of the Indian Architect Balkrishna Doshi, the most recent recipient of the Prizker Prize for Architecture. He originally  received the commission but advised the clients to engage Kahn for the International status he would bring to the Institution.

Kahn set out the design of the campus based on  strict geometrical principles. The repetition of materials, details and building forms creates great unity and reinforces the geometrical nature of the plan. However any potential monotony is offset by intimate courtyards , pathways and landscaping giving the feeling that you have entered an ancient village or town. There is clear articulation subdivision of the various functions of the school with the main administration, library and teaching spaces clearly separated from the “forest”  dormitories and living spaces for staff and students within the facility. This creates a gradient from public to private spaces and a comfortable living environment. Kahn termed this a “Society of Rooms”

The Institution itself was modelled on the Harvard Business School and was part of an ambitious drive during the 1960’s and 70’s to establish Gudjurat as a major centre for education, scientific and technological expansion. It is now one of Asia’s top business schools and ranks very highly in International surveys.  The administration staff were hardly friendly and a sense of disinterest in architectural tourists was clearly evident. This is not a typical Indian tourist experience by any means. However like all iconic buildings it can only be fully understood by visiting, seeing the materials and feeling the volumes, forms and spaces sensorily and fully. It did not a disappointment. 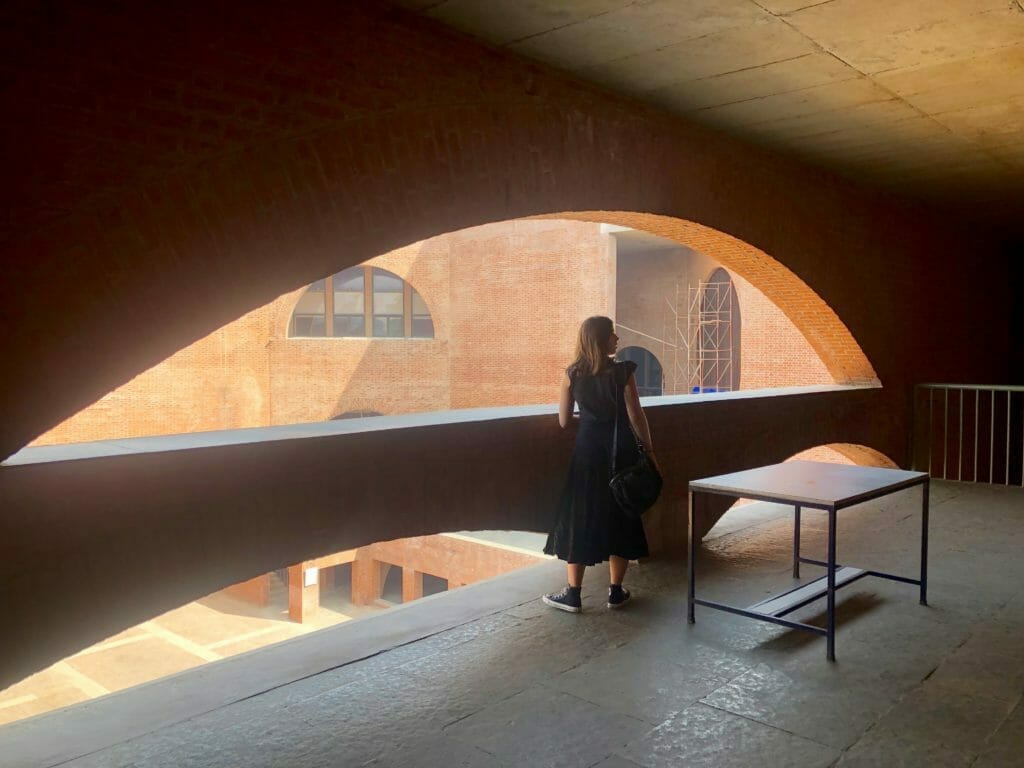 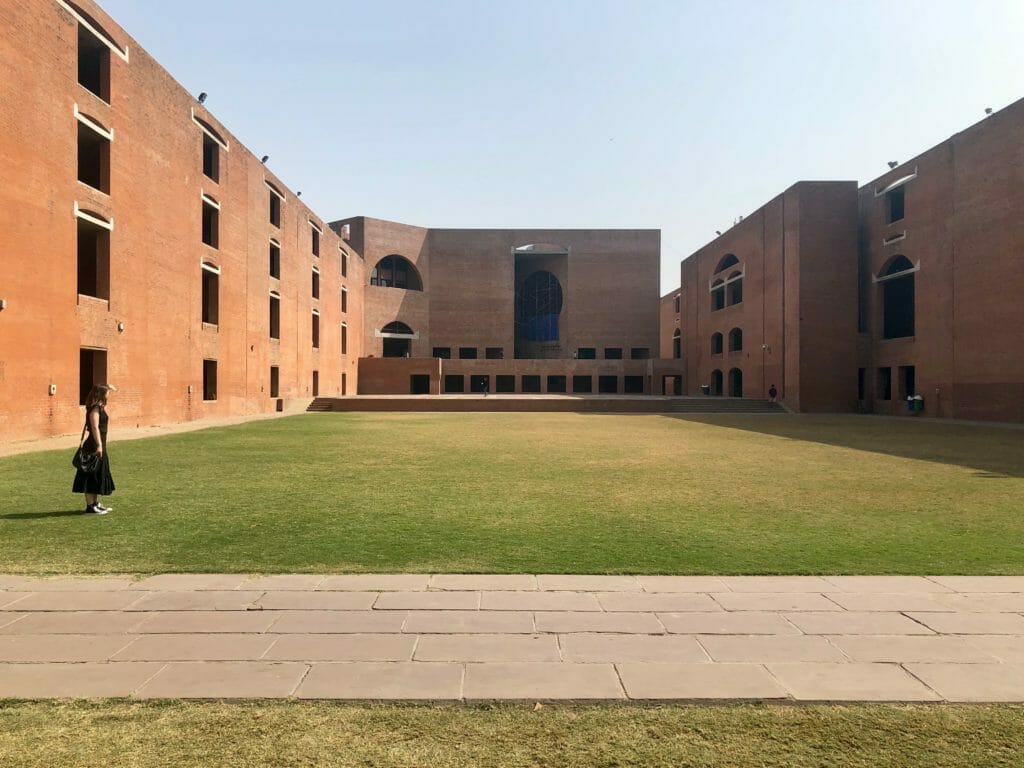